"I openly advocate for what has become as holistic medicine-combining allopathic regimens with complementary therapies that include nutritional supplements of herbs and algae as well as regular visits to acupuncturists and energy healers"  pg 4 Sound of Healing, Mitchell L. Gaynor, M.D.

_____________________________________________________________________
I have known Christia for over 15 years, so I was well aware of her amazing gifts. I contacted her when I was living in Florida in 2009 and she worked with me individually over the phone for several sessions. I also did the 9 week course, "Angels, Angels Angels" where I reunited with your twin flame. Working with Christia has been life changing for me in many ways.
It was at a point when I had just gone through sever of major life transitions and I was lost, overwhelmed, depressed and angry at the path my life was on. I was unable to see how my situation could get better as I spiraled down. I had hit my rock bottom.  Christia told me among other things that I needed to paint. I was astounded when without resistance I picked up the brushes which I had long abandoned and started to paint. I was happy again, paintings poured out of me and I painted and meditated every moment I could. Painting was a way for me to connect with everything that I was feeling inside but was unable to express. It was freeing.
I had reconnected with my inner light inside. It has been 5 years since our first session. I have trusted Christia’s insight and recommendations for me throughout this time and continue to release old patterns of thinking and false perceptions that I had taken on. I trust my intuition again and I see and beauty when I felt none. It takes continue practice at keeping myself in the state of consciousness that feeds my soul, and with Christia’s help I have found new meaning and peace in life. I am without a doubt surrounded by angels in their love and light!
My sincerest gratitude Christia!
Love Amy K.
Christia has helped me to put into action, things that have been blocking me from truly connecting on a higher level  and living my soul's true purpose. She is an amazing coach, who has brought forth uplifting messages from my spiritual team and given me clear homework assignments that are bringing me to a higher and deeper  spiritual place that I knew existed, but in reality, I thought  "maybe not for me". Well I was wrong because it is for me too.  Through her energy and positive presence, she keeps me motivated and accountable to do my homework. Every session I am learning so very much about myself, my work as a holistic healer and my connection with divine. In addition, I am receiving the gift of healing.  I am loving my journey with Christia and I am blessed to have found her.
Laurie
Georgia
"Just received my new Angelic Heart Oracle cards. Interesting timing too.... I was talking with a friend on the phone who asked me to pull a card for her. Then the doorbell rang and there was the package. So I was able to pull from the new deck and give her some great wisdom from Uriel, Phanuel and Raziel. Thanks Christia Cummings-Slack for creating this beautiful deck !" D.R. Canada 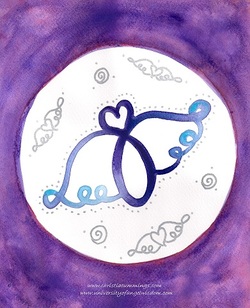 Steven has been a featured guest on several radio stations across the US, the UK, Canada, Asia, and parts of South Africa. Steven is not a stranger to television interviews either and has had many interviews published in newspapers and magazines across the US. In October of 2006, "Fear House" premiered as the first show of the third season on the Discovery Channels, "A Haunting." This show featured Steven and the story of the Union Haunting and went onto be rated one of the more popular episodes of that series. In addition, he has been interviewed and filmed for inclusion in numerous paranormal documentaries. Steven is also a published author. His short story was published by Barnes and Noble in 2006, and he is a contributor to magazines dealing with paranormal activity. In 2008, “The Uninvited” was released by Llewellyn Worldwide as a major project. The book received critical acclaim finding its way onto many “best of” lists. “The Uninvited” was also released in a French version in 2010.
Steven was also included in the books “Weird Hauntings” and “Weird Missouri.” His book "Crazy" hit the scene in the fall of 2010 with great reviews and also found its way onto “best of” lists for that year. Steven has appeared on numerous television and radio programs. Steven has also completed a documentary for the Fifth Season DVD release of Warner Home Videos Supernatural, the popular television series about two brothers that hunt demons. His new book, Blessed are the Wicked: The Terrifying Sequel to The Uninvited, makes its debut September 2014. www.stevenalachance.com

I have recommended Christia to quite a few people. In each case they felt better. Christia helped heal a painful and debilitating condition with my shoulder that I had been suffering with for 4 months. I actually felt the energy she sent me over the phone in tingles and my shoulder popped and clicked during the call. That was the first night in months that I was pain free. Now, three months later. my shoulder is normal and no discomfort whatsoever. Christia is able to clear negative energy and send healing energy for assistance with any type of problem plus I love her meditations and she helped me deal with stress. If you are suffering and haven't tried her I have only two words for you... why not?
A. Munnich
Joplin, MO

I  met Christia in December 2010. I went down to Savannah,GA. to visit my friend Walter for Christmas. He worked with Christia's husband. After my friend met Christia  he knew how important it was for me to meet her. I knew when I met her that she was going to teach me a lot. Christia has so much love to give to the world.it is an honor and a true blessing that she is one of my friends. My mother passed away 4 years ago. I took care of her for the last 17 months of her life. that took a lot out of me. 6 months after going back to work as a truck driver, I was hurt at work so badly that  I could not work anymore. I’m telling you all this so you might understand just what made me dive so deeply into a depressed state I could  not eat or get out of bed. finally when I could take no more of this. I emailed Christia for help. she and I decided on a meditation tape and she made me a necklace. the necklace was made of the right stones for me. I had a toothache the day the necklace arrived. I put it on and right away I felt this healing power move up my face to that tooth that was bothering me. within minutes that toothache was gone and I've not had any problems with since. that depression was gone in two days..I’m so grateful to Christia for her help. I had no idea how to help myself..thank you,thank you, thank you.
.much love&light..
Lisa West, MN

I met Christia Cummings in 2005 at a holistic massage school where we could share our interests of the healing arts with others. I had an opportunity to listen to her speak about crystals, their influences and uses. Her depth of knowledge in the healing arts is amazingly vast and she inspires you to want to learn more about them. I had the honor of working with Christia on designing a 50 foot labyrinth, one of the largest in Savannah. Her contributions during its construction revealed to me the importance of sincerity, reverence for all things and that we are not alone, ever. My Taurean nature is rooted in skepticism and yet studying with Christia my nature transformed as the student practicing living authentically. There are those who speak of the path and those who live it, in that moment in time I was unable to live in this moment. Christia gracefully inspired me to live in this moment with all of my relationships, including those who have past and all of the unseen helpers that surround us all. Christia provided healing sessions for me and my wife over a year ago that have help us both practice the art of self healing. As a gifted artist Christia went as far as painting a specific Divine Healing Mandala and crafting a one of a kind crystal necklace to aid in my wife’s healing. Meeting Christia is a blessing for Sona and me, even though we live 1200 miles away we continue to grow and evolve with her gifts in our lives, thank you Christia for sharing your gifts and passions with us.
Love, Laughter and Abundance
Jack and Sona Barakitis


"Christia is truly an angel on earth. She makes it easy and effortless to learn and grow and heal. I love taking her classes, I always come away feeling lighter and refreshed and ready to face the world again. I recently had a healing session with her and was able shed so much pain and grief that I had been holding in. I feel changed in such a positive way! Speaking of POSITIVE, I love using her ENERGY SPRAY! I use it daily on myself, with my clients and even on my house plants. They grow like crazy!
Thank you so much, Christia, for all you do for the planet!”
Heather Helard Massage Therapist and Intuitive Healer Ashland, OR
hhelard@hotmail.com

"Christia's Angelic Human Activation left me with a lasting sense of calm. It was a really powerful experience that I highly recommend to everyone."
~ Sara Haase~ Shaman, Writer, Acupuncturist~


"Christia is a true angel, helping you realize your true potential along your spiritual path and ascension. After the angelic human activation you will be in touch with your heart center, angelic self and angels. Your physical body, DNA and cells will resonate to a higher frequency and you will overall become more aware and awakened. Its very special and all about loving yourself and receiving Divine Love."~Jayne Chilkes~Author, Healer, and Soul Channel~http://thenewdna.tk


"Hi Christia, loved the telephone event. Love to listen to your voice. Such a happy note to it. Look forward to hearing you again!"- Mary Wendler,, Kansas


Hi Christia, The telephone event was wonderful. Thank you and many blessings to you and to Jayne. I feel blessed to have been a part of this. You are both a gift to the world. Again thank you!
Blessed Be,
Deb, Georgia


Thank You! It was amazing- I Am looking forward to
the 11-11- 11 meditation. You have the perfect voice
for meditation. Thank You, Again, Much Love & Light, AnnRose

I have to say that these meditations have been wonderful! It nearly broke my heart to have to cancel. After each one I felt so uplifted and freer, like a huge ball of energy surrounding me. I really do look forward to joining in again soon. Elizabeth, Georgia

A Session with Christia

A Session with me will include prayer, distance energy healing, Soul reading, cord cutting, energy balancing, and more! Experience the higher healing frequencies of your Soul, Guides, and learn more about yourself and your purpose on the planet. You will feel lighter and a deeper connection to your own Guardian Angel and Soul. Session duration varies. After payment is received session will be scheduled.